Home › Senior › EAGLES, BULLDOGS OFF TO A FLYER 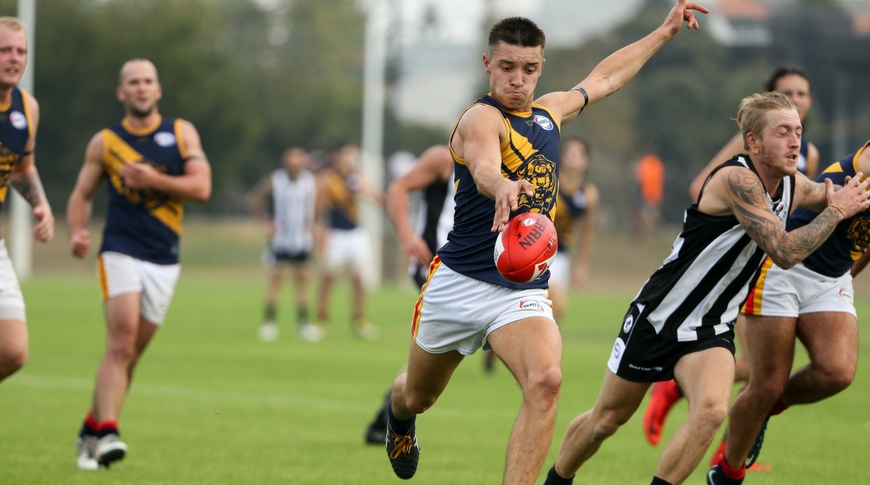 EAGLES, BULLDOGS OFF TO A FLYER

Two weeks into the 2018 WRFL season and we have a pair of teams already staking their claim for premiership favouritism, as both Yarraville-Seddon and Point Cook have kicked off with back to back victories.

The Eagles and the Bulldogs remain the only undefeated sides after Round 2, and both boast strong percentages which will become vital as the year progresses.

Yarraville kept their run going with a dominant 62-point win over Parkside which saw them kick away in the second half.

The Eagles held a 30-point advantage at the main break before putting Parkside to the sword, booting six goals to two in the second half. Brandon Lester starred for the Eagles and was helped by three goal efforts from Jack Hargreaves and Lachlan Longmire.

Parkside will be looking to bounce back in Round 3 and will look to replicate their opening game form which saw them crush Albanvale.

Albanvale however, were able to turn things around, defeating the fancied West Footscray to the tune of 15-points in a come from behind victory.

The Roosters looked in control at the main break; with a lead of 17-points and attacking target Darcy McCallum firing.

It was the Cobras who truly turned up after half time, with a dominant third quarter in which they kicked seven goals to the Roosters’ one. That blitz ultimately proved the difference between the two sides, as Albanvale were able to hold on in the last.

For the losers, McCallum was brilliant, kicking six goals and taking an early lead in the WRFL goal kicking table. Albanvale were able to share the load, with four goals from Jake De Sousa, three to Daniel Bartolo and three for John Zangari.

Elsewhere, the Bulldogs continued their winning form by toppling Newport by 31-points in a contest where the Power certainly tested their opposition. The final match of round 2 saw North Footscray run away from Manor Lakes in blistering second half, eventually winning by 55 points.

Moving into round 3, we will see the battle between current bottom sides Newport and Manor Lakes, with both hungry to kick off their winning ways in 2018.

Point Cook will look to go 3 and 0 as they take on the much improved Albanvale.

Ladder leaders Yarraville-Seddon battle West Footscray in the potential match of the round, while Parkside face North Footscray at Henry Turner Reserve.