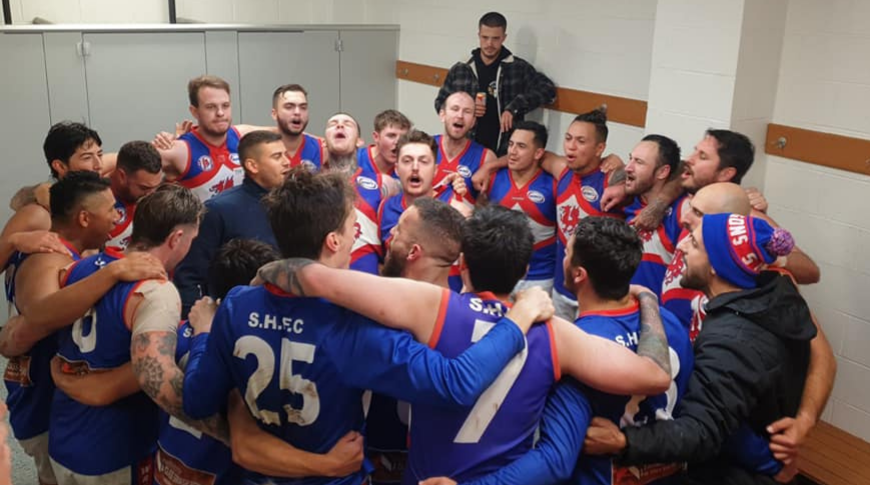 Sunshine Heights have moved to 2-0 after a comprehensive defeat of Laverton by 75-points at Laverton Park on Saturday in Round 2 of the Division 3 competition.

The opening quarter was a tough contest with both teams attacking the contest hard with the first goal coming at the 10-minute mark when Privitera found space out the back of the contest and slotted a nice goal across his body from 30 meters, but moments later Rinor Zuzaku burst from a contest and kicked a long goal on the run to level the scores for the Magpies.

The second quarter was a dominant display from the Dragons as they controlled the possessions and got the match on their terms, using the corridor to switch the play to find space and took a 23-point lead into half-time.

The second half saw the Dragons pile on nine goals to just one, six of those goals came in the last term as they stormed their way to the top of the ladder after Round 2.

The Suns continued their winning ways by defeating Tarneit by 77-points with Shane Fitzgerald, Paul Tomelty and Dean Cachia all booting four goals.

Braybrook bounced back from a Round 1 loss to defeat North Sunshine by 156-points in their traditional ANZAC day clash.

The Brookers trailed by one-point at quarter time before they piled on the pain slamming home the next twenty-five goals to run away with a big win.

Shaun Buttigieg-Clarke kicked nine goals for the Brookers, with Bradley Busuttil adding eight of his own.

Albanvale had the bye and will host Braybrook next-week, North Sunshine takes on Tarneit at Dempster Park and Laverton travel to Goddard Street Reserve and take on the undefeated Suns. Sunshine Heights have the bye.