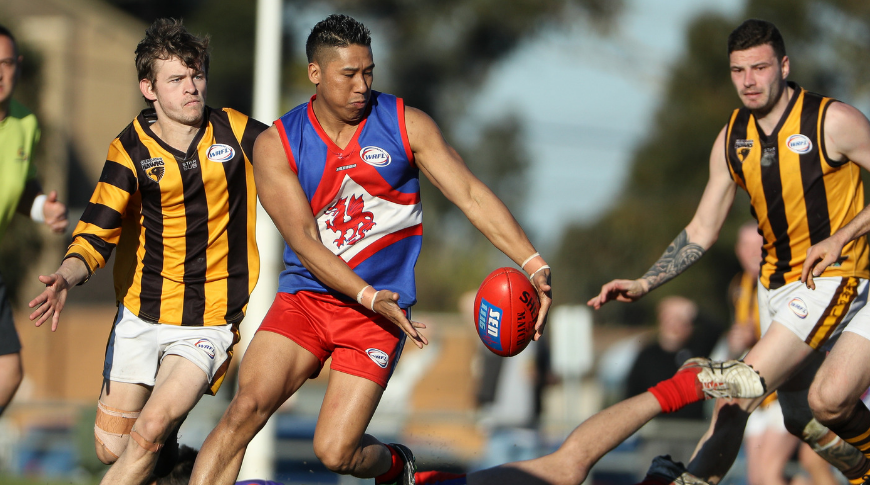 With one round to go until the 2019’s RAMS Division 3 finals start, the teams are beginning to feel that finals pressure.

Coming off a massive win in Round 16, Sunshine Heights kept their confidence running high as they secured a 29-point win against Glen Orden.

At Ainsworth Reserve, the Hawks held a 7-point lead at half-time, but it was one-way traffic after that, with the Dragons kicking nine goals to three to score the win and in the process earn second spot on the ladder.

The Hawks will aim to get some form back before finals, when they take on North Sunshine in Round 18.

Nathan Black, in his first game since June 1 was outstanding for the Cobras, scoring six majors. Daniel Backus was also among the best.

Bradley Busuttil and Paul Cutajar-Milosev who scored four goals, were among the best for the Brookers.

At Dempster Park, home team North Sunshine suffered a 109-loss at the hands of Tarneit.

Dean Cachia scored an outstanding 10 goals for the Suns, Jarrod Vella was also a standout.

Richard Mulroy and Jacob Styles were best amongst the best on ground for Laverton.