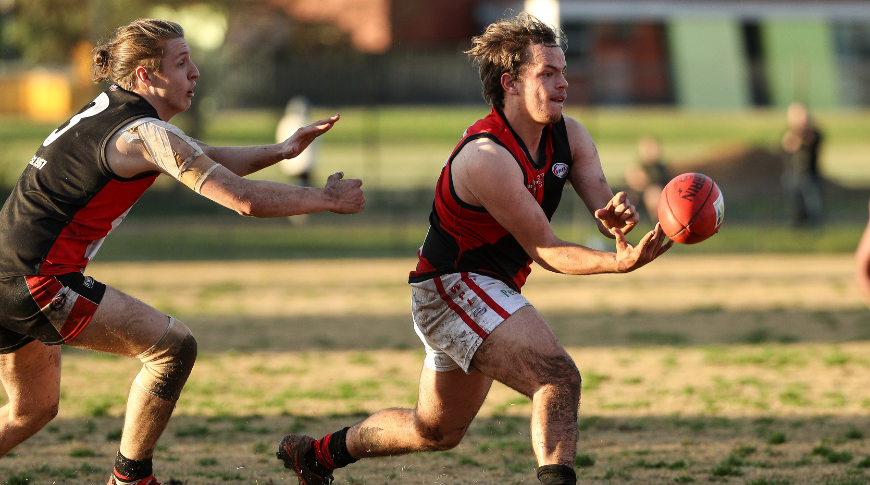 Sunshine Heights had 15 different goal kickers in their big win over Laverton at Ainsworth Reserve in Alan Mance Motors Division 3.

The Dragons had an incredible 52 scoring shots to the Magpies’ six, in their 166-point win.

It was a dominant performance by Sunshine Heights, who controlled the game from the opening bounce.

Sunshine Heights will hope they can continue their momentum into Round 12 when they travel to Goddard Street Reserve to take on the undefeated Wyndham Suns.

Dean Cachia continued his red-hot form in-front of goals at the weekend, kicking seven goals in the Suns’ 85-point win over Tarneit.

The win could have been even bigger if it wasn’t for their inaccuracy in-front of goal. The Wyndham Suns had 30 more scoring shots than Tarneit.

Brandon Donald and Luke Cook were among the best for the Suns. For Tarneit, Reece Frost and Michael Jubb were the shinning lights.

It was a performance that coach Vinnie Turcinovich would be proud of, with the Brookers, keeping the Roadrunners to just one goal to half-time.

Nathan Smith and Shaun Buttigieg-Clarke combined for 10 goals in the win.

Braybrook will next take on Laverton, while Albanvale, who had the bye at the weekend, will go head-to-head with Tarneit.