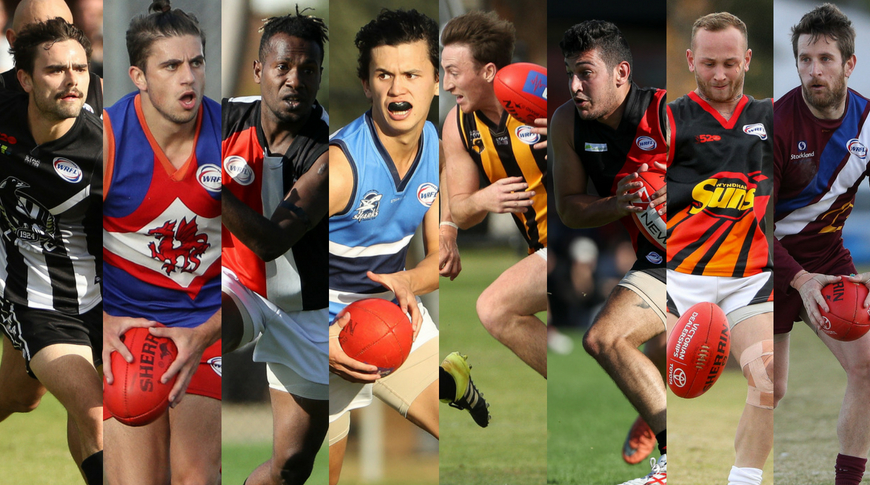 At the halfway point of the 2018 season, WRFL Media Manager Kristen Alebakis speaks with all the Division 3 coaches about how their club is tracking after nine games, what their goals are for the remainder of the year, plus all coaches rate their team’s efforts out of 10.

“The players are listening to instructions, we are playing a lot of kids and we have been playing more of a team this season and not relying on individuals to win,” coach Michael Boothey said.

“In the second half we want to give our young kids more game time and let them grow.”

“We have definitely gone better than what we first thought,” coach Jason Hamilton said.

“Five wins out of nine, is something we are very happy with. We are in good shape and looking forward to the rest of the season.

“Our main goal is to make finals, anything after that is a bonus, but we have to make sure we secure our spot.”

“The side has struggled to click in the first half of the year having played well in patches,” coach Damien Farnfield said.

“We still have not managed to put four quarters of consistent footy together. We feel that we have managed to stick with teams for three quarters, even against the top sides we have managed to kick multiple unanswered goals in a row which we have taken some confidence out.

“We are tracking behind the eight ball with respect to wins. We were hoping to improve on last season.

“In the second half of the year we are hoping that the talent can find their click and looking forward to stability in the team for the rest of the year.

“Our success will be based on how many four quarters of footy we can play and see if we can upset a few of top sides. We still have nine rounds to prove what we can do as a unit.”

“At the halfway point we are going okay,” coach Darren Finlay said.

“We are continuing to develop our kids. Our goal is to play finals and we are on that path.

“We want to maintain our position on the ladder and keep on improving and hopefully play finals.”

“It has been a promising improvement from where the clubs has come from in previous years, but in saying that we want to aim really high and improve further in coming years,” assistant coach Jackson Clark said.

“We have high hopes. Just because the club hasn’t had much success in the past, doesn’t mean we don’t want to aim for a premiership, we want to get that improvement.

“We have had a lot of improvement since the start of the season. It was a disjointed start, Tom and I, were appointed late, which mean we were on the back foot from the start, but we stabilised things and everything now looks promising.”

“We have been competitive, but unfortunately for 20 minutes in four or five of the games we have dropped away, but it has been positive,” coach Phil Crea said.

“We are hoping to win two or three games in the second half of the year, the boys are positive.

“At the half way point of the season, North Sunshine feel that we are tracking well below what we had hoped to achieve,” coach Brett Kennerley said.

“We set out to play Finals footy, building on a lot of hard work that we had put in place in season 2017.  At the half way point, Finals seems a long way off.

“The Roadrunners have had the most ridiculous run of injuries that I have ever witnessed in over 30 years of footy, with 24 Players currently unavailable due to injury, and awaiting doctors reports on four that we look to have lost from this round just completed.  Add to that the usual loss of Players numbers to work commitments, and midyear overseas holidays, we are unable to field a consistent team.

“In the second half of the season, we are looking forward to hopefully getting a couple of players back, but with quite a few being season ending, it will continue to offer opportunity to a few of our young players to take the step into senior footy. “

“From what I have seen so far I think our playing group are not far off the pace in what is a competitive season,” coach Mark Elso said.

“Our best football is ahead of us.”