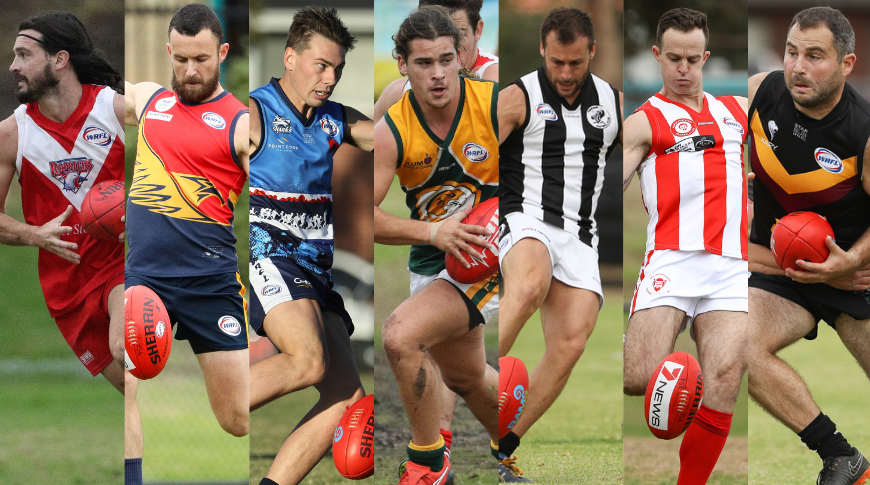 At the halfway point of the 2019 season, WRFL Media Manager Kristen Alebakis speaks with all the Division 2 coaches about how their club is tracking after nine games, what their goals are for the remainder of the year, plus all coaches grade their teams.

“Pretty good, you don’t count the chickens yet. We have to maintain what we have built over the first half of the season and continue to play four quarters of footy,” coach Chris Moreland said.

“We are tracking okay, not as good as last year game wise, but we are a much better side. Even though we have lost two games and last year we had scored 10 wins at this stage,” coach Vinnie Turcinovich said.

“We have a lot of work ahead of us to make finals and stay in the top four.”

“We have been competitive thus far this season, which has been a positive for our club and we are continuing to develop our kids and play an exciting brand of footy,” coach Darren Findlay said.

“We are looking forward to the second half of the season with optimism and hopefully we can continue to improve. Overall I would rate our season thus far as a pass, but there is a long way to go and we cannot afford to take a backward step in the business end of the season.”

“We are going really well, we are sitting in the top four, which is a massive bonus for us,” coach Chris Muratore said.

“We keep improving every week and I know we are on the right track better. We are in a better position compared to last year.”

“I think we are probably where I thought we would be; competitive in patches but it’s about been consistent,” coach Ziggy Kadour said.

“In our losses we haven’t been good enough for long enough, but I can’t doubt the effort from the boys, I am happy with where group is at.

“The effort and commitment to training has been good. The club depth is very good with the Reserves going along nicely at this point. So as a club we are very pleased.

“In the second half of year, we are probably just looking for more consistency within games and to keep giving young kids more opportunities/exposure to senior footy.”

“The younger players we have will become key position players in the future, but we have a lot of improvement in us. We need to stick to our structures and stick to our brand of football.”

“The season has been good, but disappointing,” coach Shane Lucas said.

“We have been in a lot of games, but just haven’t been able to learn how to win. It has been better in the last three or four games, it has changed.

“In the second half of the year, we will continue to work on our game plan and keep implementing it.”