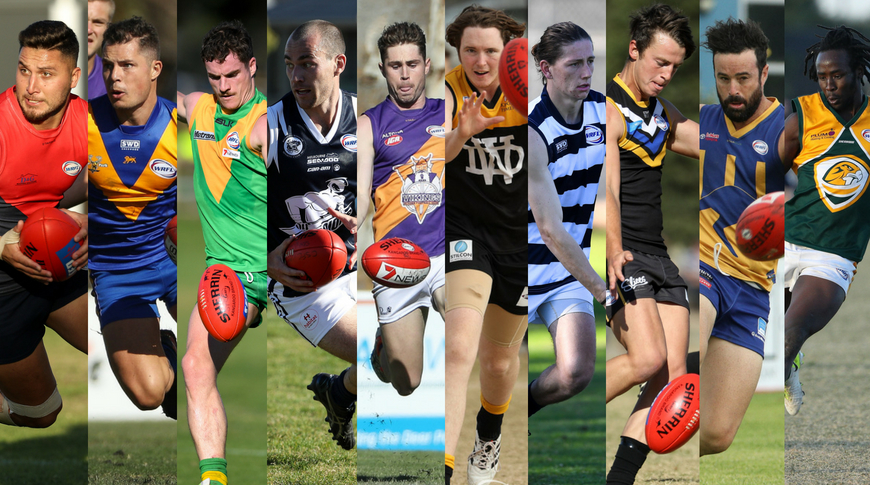 At the halfway point of the 2018 season, WRFL Media Manager Kristen Alebakis speaks with all the Division 1 coaches about how their club is tracking after nine games, what their goals are for the remainder of the year, plus all coaches rate their team’s efforts out of 10.

“We are going pretty good, we are 7 and 2 after nine games is a good start to the year,” coach Saade Ghazi said.

“The losses have been to good teams and they have been away games.

“We have been able to play a lot better compared to last year’s disappointing start.

“The Reserves and Under-19’s are both on top of the ladder, so we are a strong footy club at the moment, but it’s what we do from this point. It’s very even at the top.

“We have started well, but we have a long way to go.”

“We finished the halfway point of the season in first position, which is pleasing after starting the season with a 1-2 record,” coach Marc Bullen said.

“We have the most offensive side in the competition right now, we will look to close the gap on Spotswood defensively throughout the remainder of the year.

“I am looking forward to the week by week challenge. There are no easy games, there is such a close gap between the top six teams.

“I am happy with where we are at and hopefully we can maintain a healthy list and improve when we start to see injured players return shortly.”

“I would have hoped to be in a better position, but we have had a slow start and had some injuries, but we are now getting to back to having a full mix of players available, “coach Barney Hallinan said.

“We are looking forward to ramping it up the second half and really aiming for one of those top positions.

“We want to be more consistent. We know what is at stake, so unfortunately as the saying goes, we have to take it one week at a time, because of the situation we are in.”

“We are probably where we expected to be at this part of the season,” coach Steve Kretiuk said.

“We lost players prior to the season and that impacted our depth, so to be 6-3, we would take that every day of the week.

“We need to see more improvement in the second part of the season.”

“I think we have been taken a step forward from last year,” coach Chris O’Keefe said.

“A part from one or two games early, we have been competitive over the past month. We are improving every week.

“The young guys we have coming through are getting more experience and playing good footy.

“It would be nice to get some more consistency in our game and win a few more games (in the second half of the season).

“We are disappointed in the sense we have been in games and then we have lost,” Marc Raak said.

“We have been competitive to three quarter time and haven’t gone on with it.

“We will have a stronger second half, we have a new coach new players who are still gelling, but we are excited about the remaining part of the season.”

“We are 7-2, we are obviously very happy with where we are at, but understand that the evenness of the league means we have to continue to improve, to ensure we can get enough wins to qualify for finals,” coach Chris Gilham said.

“Every game we have played in has been a pretty even contest so you can’t drop the ball. We have had our challenges the last few weeks which has been a good reality check for our club to see how much improvement is still required to mix it with the best on a week to week basis.

“We were not spoken about being a contender during the pre-season so to get to the half way point of the year with the equal best win loss ratio has been pleasing.

“What I’m looking forward to in the second half of the year is to see which of our young players grab their opportunities and improve our team.”

“It’s been a disaster, 2-7 is horrible,” coach Brad Murphy said.

“With less than 10 minutes to go we have been in games and we have lost, our issue is closing out games.

“We have a long injury list and we can’t play finals. So now it is about giving an opportunity to the kids.”

“We obviously haven’t won, but we had some encouraging performances against strong opposition in Sunshine and Werribee Districts, but that good work has gone down the drain over the past two weeks, with big losses to Spotswood and Deer Park,” assistant coach Luke Wenlock said.

“We have won two games in each of the seasons we have played in Division 1. We believe we can better that in the second half of the year.”

“We are 7-2, so we are a little surprised with that, but there is still plenty of improvement in the group,” coach Anthony Eames said.

“In the next nine rounds we need to better understand the game style, but the commitment from the group has been great. We need to start playing four quarter games because we have been up and down.”