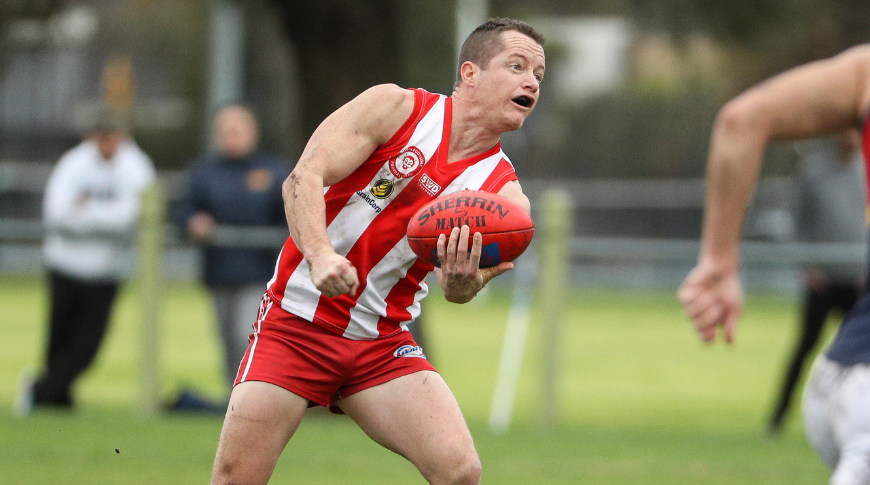 The Yarraville Seddon Eagles bounced back from their loss to Wyndhamvale last week with a hard-fought 22-point win over Point Cook Centrals.

In conditions that wreaked havoc across the competition, the Eagles were the better side for much of the team on the back of a strong first half.

Kicking four goals to one in the half, which included holding the Sharks to just one behind in the second quarter, the visitors showed they can play when rain is pouring and possession is at a premium.

Jordan Robinson was best-on for the victors with Alexander Bouris and James Backway chipping in two goals each.

The Sharks can still climb as high as third on the ladder despite the loss but will need Parkside to drop points in their final two games.

The Devils led at every break and despite the two side’s being separated by four spots on the ladder it mattered little, the home side proving too good in one of the upsets of 2019.

Kirk was the only multiple goal kicker for the home side as Asher Kirk won plaudits for his best-on ground performance in the 11-point win.

The loss stings for Parkside who can no longer catch second-placed Yarraville-Seddon on the ladder and can only finish as high as third with two games remaining in the regular season.

Eight goals to five after the half time break proved to be the difference for West Footscray in their victory over Newport 13.10. (88) to 10.6. (66) win against Newport.

In what was a round of upsets, the Roosters joined the party as they broke the game open following a back and forth first half.

Despite leading after the first and second quarters, the visitors weren’t satisfied and put the foot down in the third with a dominant display.

Two more majors in the fourth kept Newport at bay and was enough for the sixth placed Roosters to run out 22-point winners.