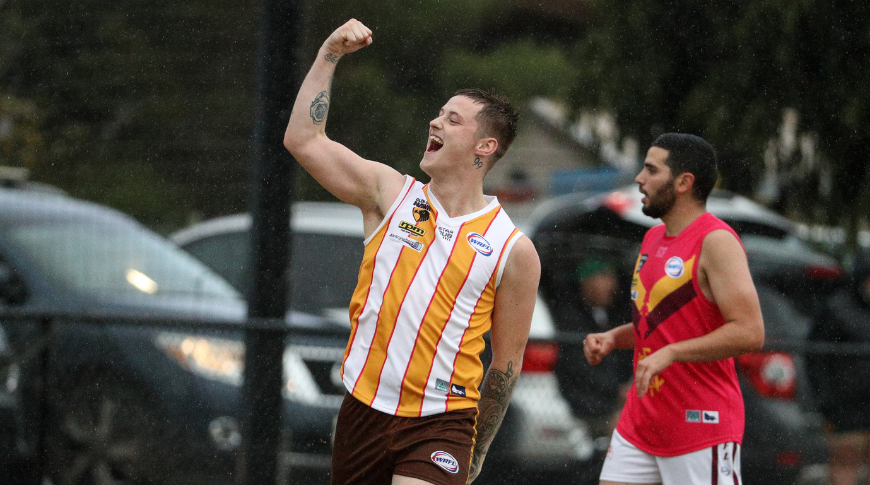 North Footscray have put the competition on notice after ending Parkside’s unbeaten run, 11.13. (79) to 9.8. (62) in Prestige Group Real Estate Division 2.

The Magpies got off to a blistering start with a six-goal opening term, but held just a five-point lead at the first break thanks to an equally impressive five majors by the visitors.

Scores remained level through the second quarter before the Devils exploded in the third, kicking five goals to two and entering the final break with a 20-point buffer.

The home side did all they could to continue its unbeaten start to the season, but they were unable to chase down North Footscray, the visitors finishing 17-point victors.

Declan Wakefield’s three goals paced the Devils who head into a Round 12 clash with Point Cook Centrals with a chance to go as high as third place if other results go their way.

Despite the disappointing loss, Parkside remain one of the premiership favourites and will look to get back to winning ways when they travel to face Albion this week.

Wyndhamvale held on for dear life late in the fourth quarter, holding off a desperate Newport to earn its eighth win of the 2021 season, as they now sit percentage from top spot.

The loss pushes Newport a game behind third spot in what is now a must win clash against Glen Orden in Round 12. Wyndhamvale host West Footscray.

He has kicked 11 goals in two weeks.