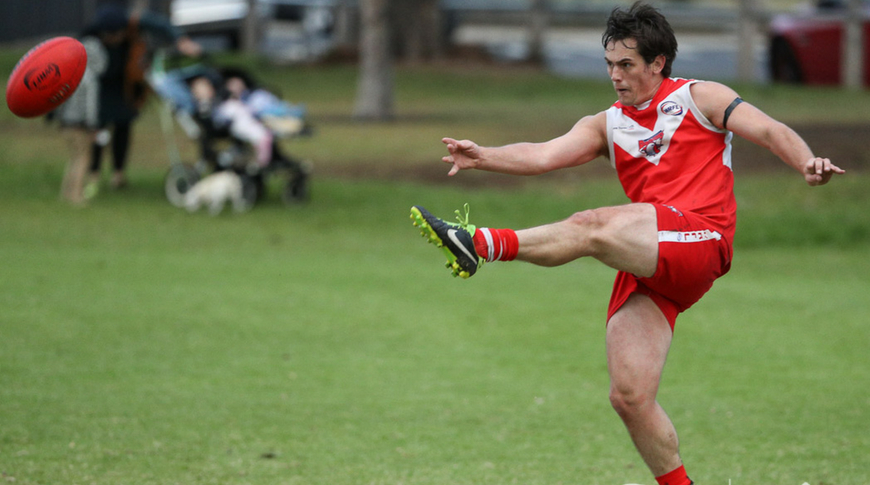 NORTH Footscray returned to the winners list on the weekend, after defeating Manor Lakes by 33-points.

The reigning premiers led at every change on Saturday, with their final quarter the best of the day, kicking seven goals to four.

The Devils had 11 goal scorers, which would please coach Jonathan Miller.

It was a disappointing result for Manor Lakes, who now find themselves in sixth place on the ladder, one win behind the fourth placed Newport Power.

The Devils will take on Parkside this Saturday, the Storm will go head-to-head with Newport Power, in what should be an entertaining match.

Yarraville Seddon got off to a blistering start, kicking eight goals to one in the first term, opening up an unassailable 41-point lead.

It was more of the same in the second quarter. The Eagles led 99 to 19 at the main break, and looked headed to score a substantial victory.

The second half was more even, with both sides kicking six goals, five behinds.

Joshua Crofton was important for the Eagles. Chris Muratore played well for Parkside.

West Footscray scored its second win of the season. Defeating Albanvale by 99-points at Shorten Reserve.

Darcy McCallum, who is in outstanding form in front of goal, kicked six goals in the win. McCallum and Corey Salvador from the Eagles sit on top of the goal kicking tally, having kicked 36 goals in the first nine games of the season.

“The seniors had a real focus on helping each other out during the game and putting together a four quarter effort and from the first bounce, it was evident that we were not going to lower our colours,” coach Shane Lucas said on the West Footscray Facebook page.

“Quick ball movement and scoreboard pressure was there from the get go and the most pleasing thing from the day was our willingness to help each other out, be it a block, a sheppard or using our voices.”