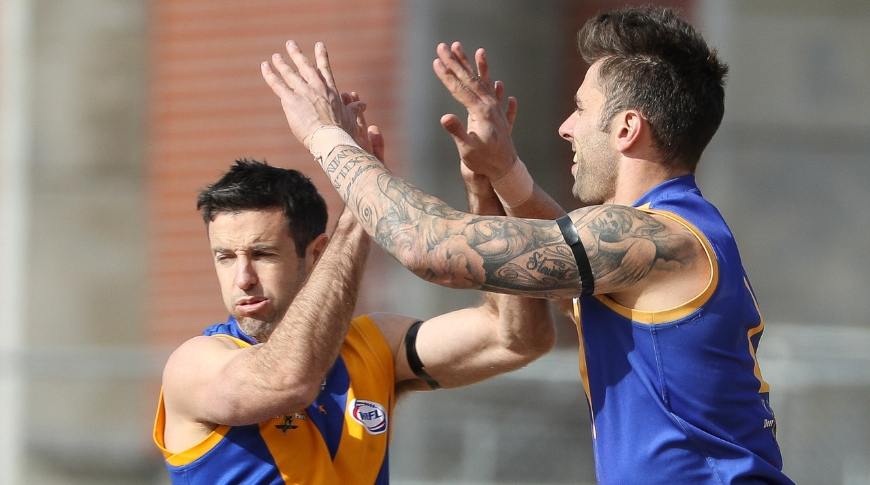 Deer Park is one step closer to a sixth consecutive premiership flag after its dominant second half helped the Lions storm home to a 53-point smashing of Altona.

It was the Vikings who jumped out of the blocks and kicked the first four goals of the match, but as they’ve done so often over the course of their historic run, the Lions weren’t to be outdone and slowly clawed their way back into the game.

They booted six goals to one after Altona’s hot start and entered half time up by six points, which saw both teams engage in a shoving contest as they walked to their respective changerooms.

Altona looked ready to bring the fight with a goal inside the first minute of the second half, but that was as good as it got.

Deer Park turned on the jets and didn’t look back; booting 10 majors in the second half as they ran riot.

Altona stay alive in the finals, but will need to beat Hoppers Crossing if they are to reach the last game of the season and have a tilt at knocking off the Deer Park machine.

In windy conditions that favoured neither side, Hoppers Crossing’s defence shone allowing just one Woodsmen goal through three quarters.

Hoppers led by 30-points at the last break as Spotswood’s chances seemed all but over. A five-goal last term flipped the game on its head as the Woodsmen stormed back and almost produced an almighty comeback.

It wasn’t to be however as the Warriors did enough to hold on by just three points, booking their place alongside Altona in the Preliminary Final for a chance to face Deer Park and end the Lions historic premiership run.

Braden Ferrari and Daniel Nielson were among Hoppers Crossing’s best, neither side having a multiple goal scorer.