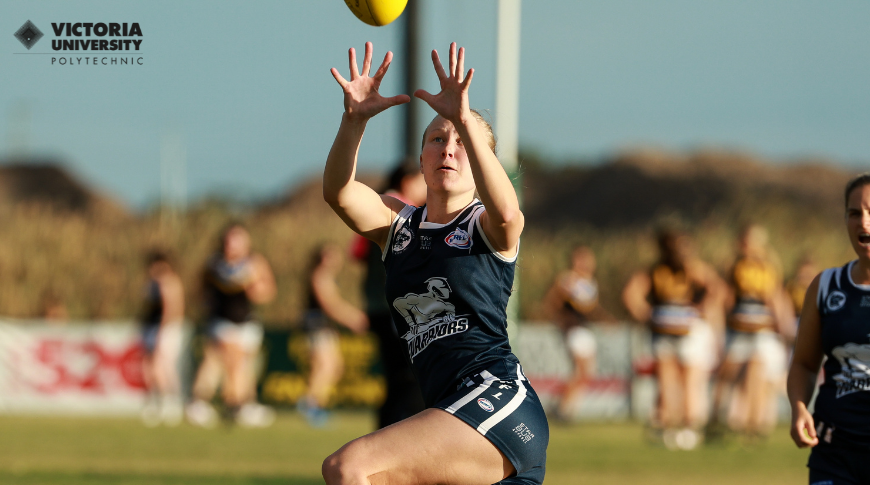 Fresh from the split round bye, Hoppers Crossing coach Kerry Saunders says her team is keen to get back to playing with the aim of winning some games in the second half of the Victoria University Polytechnic Senior Women’s Division 1 season.

Saunders, who is in her first season of coaching at the Warriors, said she gave the team a week off training during the bye to help freshen up her team ahead of tomorrow’s clash with Caroline Springs.

She admitted that the team didn’t have the best of starts due to players missing through injury or playing at VFLW level.

“Our numbers were low and we were a bit under the pump, but we have stuck it out and hung in there and now we will see some players return and the numbers back,” Saunders said.

“Players will continue to come into the team over the next couple of weeks and then we will be able to work on our structures a little more and being more competitive in games. Hopefully we can win a few games.”

This is the second time they have met, having played in Round 1. In that game, the Warriors had to forfeit at half-time due to injuries.

This time around, Saunders is hoping for a more competitive four quarter performance.

“We want to be more competitive, that is our goal. It isn’t about winning, it is about putting the pressure on and doing the best we can.”

“The girls are positive and will have a crack.”

The Victoria University Polytechnic Division 1 match will be played at 10am tomorrow.