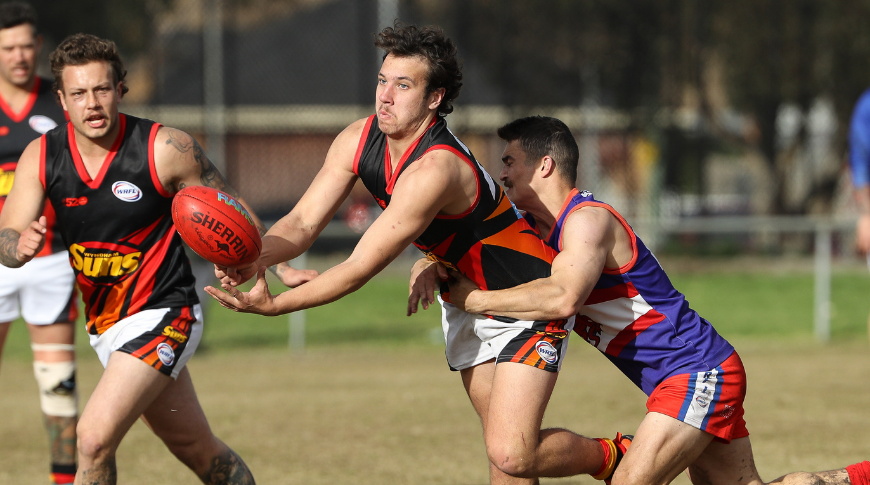 Both Albanvale and the Wyndham Suns have continued their hot starts to the Alan Mance Motors Division 3 Senior competition.

Both teams had comprehensive victories on Saturday afternoon. Both are undefeated after five rounds and currently sit in first and second spot on the ladder.

The Cobras and the Suns will go head-to-head this weekend with the winner to have earnt the premiership favourites tag.

Albanvale will head into the clash, full of confidence after defeating Tarneit by 141-points at Wootten Road Reserve.

The Cobras had 13 different goal kickers in the win. Nathan Calleja led the way with four majors, while Corey Hall was given best on ground honours.

Dean Cachia continued his fine form in front of goal, bagging six goals in the Suns’ win over Sunshine Heights. His kicked 25 goals this season.

It was a hotly contested battle in the first half, but it was one-traffic thereafter as the Suns raced out of the blocks, kicking 11 goals to four in the second half to win by 72-points.

Jordan Baumgartner and Jake Snowden both played well in the win.

For the Dragons, they will look to bounce back against North Sunshine in Round 6.

In the final match of the round, Braybrook scored a 164-point win over Laverton.

It was a one-sided affair at Pennell Reserve, with the Brookers winning its second consecutive match.

For Laverton, they will be hoping to bounce back from the loss when they take on Tarneit next.