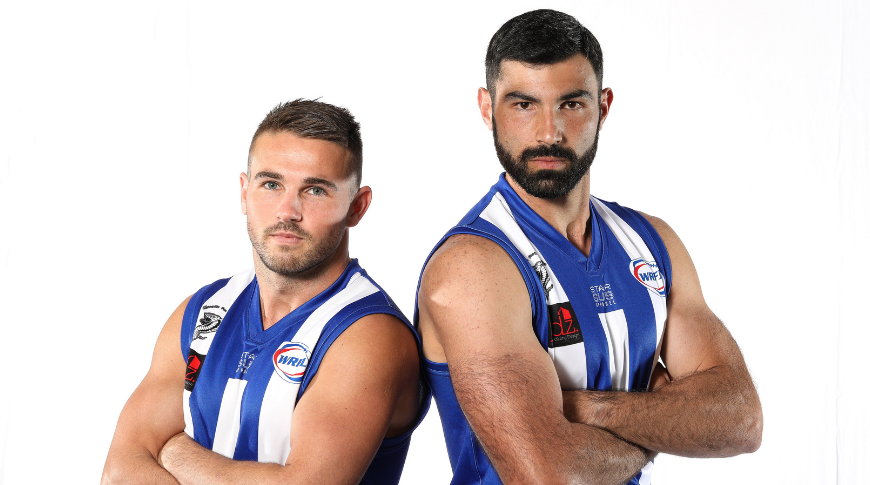 Albanvale made a statement to the rest of the competition on Saturday, by defeating Braybrook by 48-points after a seven-goal last term at Robert Bruce Reserve.

Led brilliantly by Forwards Brendan Cassar and Nathan Calleja who both bagged four goals, ruckman Josh Michetti gave great supply to his midfield and gun midfielder Bobby Saric kicked three goals and got plenty of the ball as the Cobras kicked away in the final term.

Before the match both teams paid tribute to Braybrook club legend Peter Joyce who passed away recently in a moving service.

Braybrook kicked with a two to three goal wind in the opening term, but didn’t get off to the start they wanted, trailing by six-points.

The Cobras used the breeze in the second quarter and kicked five unanswered goals on their way to a 35-point lead at half-time with former Braybrook Best and Fairest winner Nathan Calleja causing enormous headaches up forward for the Cobras.

Braybrook appeared to have lost star forward Brad Busuttil just before the break after he suffered a heavy knock and was helped from the ground.

Braybrook controlled the third quarter and Busuttil returned to kick two goals in a row as the Brookers kicked four goals to two to close the margin to 22-points at the last change.

Albanvale turned up the heat in the last quarter to remain undefeated.

In other games to finish the round, Dean Cachia kicked nine goals in the Suns 131-point thumping of Laverton.

Tarneit turned around poor kicking at goal in the first half to defeat North Sunshine by 93-points, Ryan Potter kicked four goals in the win. Sunshine Heights had the bye.

Next week the Cobras host Sunshine Heights, Laverton and North Sunshine will go head-to-head for their first win of the year at Laverton Park and Tarneit will take on Braybrook.

The Suns have the bye.