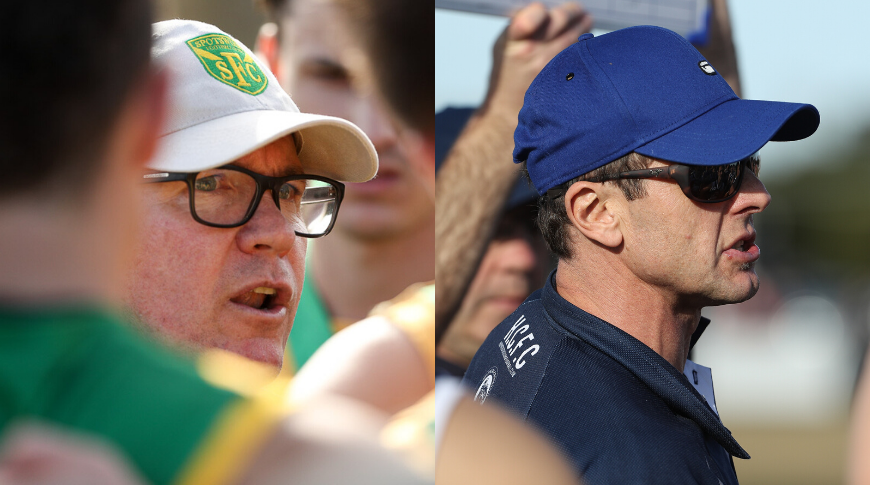 Two Division 1 coaches have committed to their clubs for the 2021 season in the past week.

Hoppers Crossing coach Steve Kretiuk and Spotswood leader Anthony Eames have both extended their coaching tenures at their respective clubs.

Warriors president John Costa said the club was planning for the 2021 season and securing Kretiuk for another season was an important step.

“Steve has been our coach for the past seven years and the team has reached the finals every year under his tenure, culminating in two Grand Final appearances and two Prelims,” Costa told their website.

“My committee and I believe that Steve and his team of coaches are the best people to take us to the ultimate step next year in what will be a whole new football world.”

Kretiuk said he and the club had unfinished business.

“2021 will be a year where success will be decided by the teams that have a united and committed squad and that sticks together in pursuit of the ultimate prize,” he said.

“I’m confident our players have the respect and the responsibility as senior Hoppers players to put the club first and forge on to bigger and better things next year.”

Meanwhile, Spotswood announced yesterday Eames had been reappointed for the 2021 season.

“Eamsey had our players in tiptop order for this season and he with the team were devasted that the season did not go ahead,” the Facebook post said.

“Eamsey was very keen to show his commitment to the Club and lead the way in preparation for season 2021, and of course Kenny Beaton will again be an important part of the coaching team.”