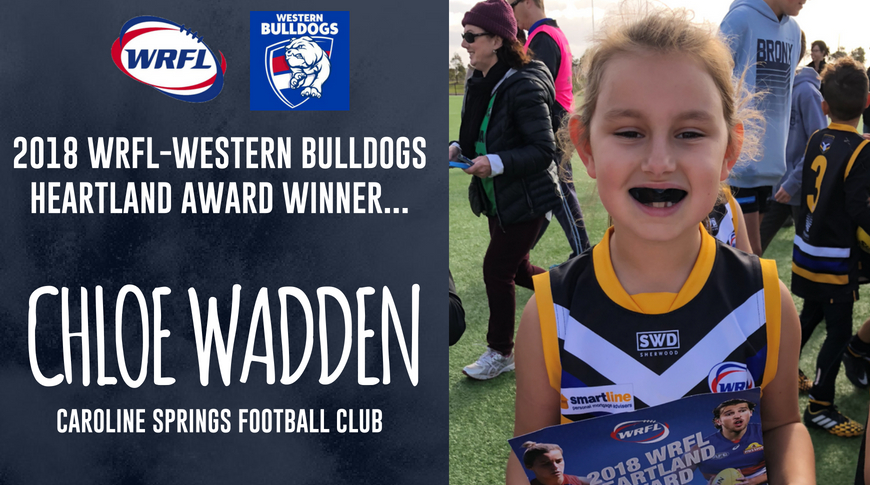 Congratulations to Caroline Springs youngster Chloe Wadden who has won the Western Bulldogs-WRFL Heartland Award for 2018.

Chloe has won four general admission tickets to the Round 23 Western Bulldogs clash against Richmond at the MCG on Saturday. Chloe will also have the chance to go into the Bulldogs rooms after the match.