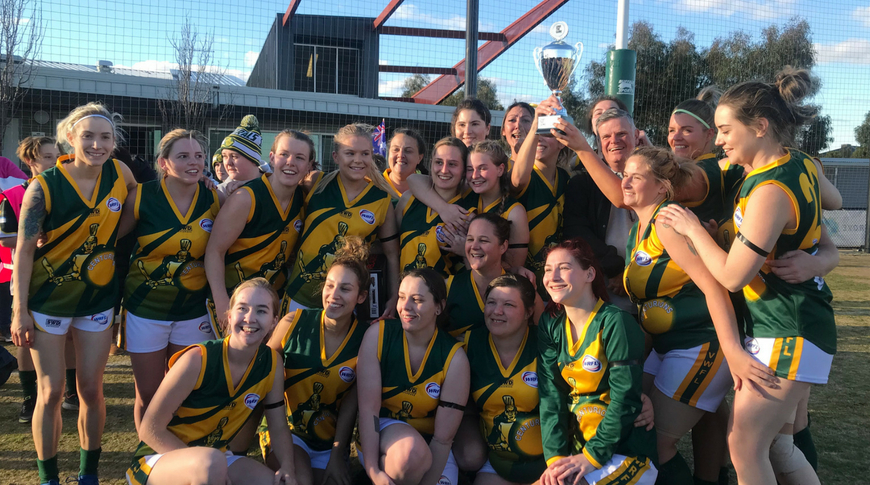 CENTRALS WIN LOVE THE GAME, NOT THE ODDS CUP

Laverton, Manor Lakes and Caroline Springs all had convincing wins over their opponents, while Tarneit failed to cause an upset against the fifth placed Werribee Centrals in Round 11 of the Victoria University Polytechnic Senior Women’s competition.

The Magpies continued their good form of late, as they managed 11 more scoring opportunities than the opposition. Taquila Angel was one of four individual goal kickers for Laverton, as she scored two. Accuracy was an issue for Laverton, and they could have done some real damage had they converted better.

They are now a game clear of Spotswood, who had the bye, in third position, in order to maintain that though, they must keep winning as they don’t have the percentage to compete with the other teams in the top four.

Caroline Springs kept North Sunshine scoreless all day, as they had 37 shots on goal. They won it out of the middle just about every time and converted well with 12 individual goal kickers.

Manor Lakes also had a convincing win against West Footscray, kicking 18 and allowing the Roosters to score only once. At half time, their lead was already at 70 points while West Footscray were yet to score until Molly Boorman converted in the third quarter.

Manor Lakes continued to extend their lead all day, winning by 112 points at the final siren.

Werribee Centrals were able to hold on to get the four points against a determined Tarneit side this week, claiming the Love the Game, Not the Odds Cup.

Tarneit led by a goal at quarter time, but thereafter it was Werribee Centrals who controlled the match, managing to score goals at crucial parts of the match.