Home › Netball › CATS GET ON THE BOARD 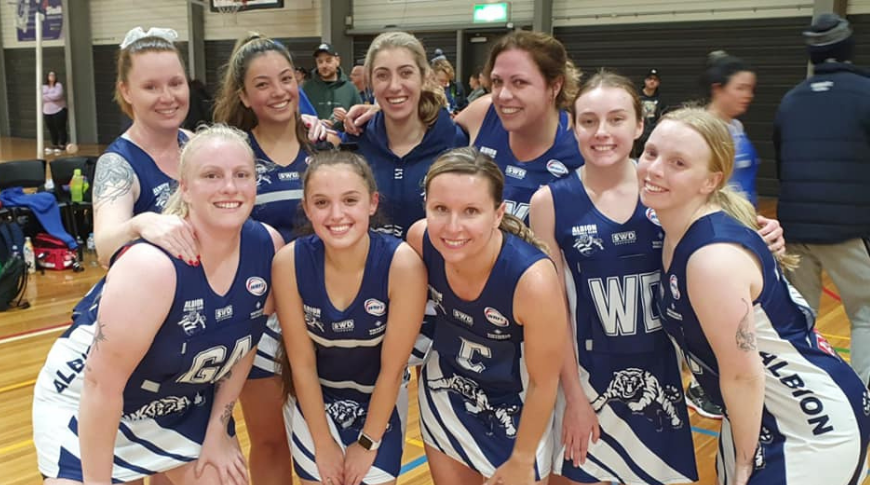 CATS GET ON THE BOARD

Helena Samardzija starred for the winners, shooting 31 out of their 39 goals.

It was an impressive performance by Spotswood, who shot 10 or more goals in each quarter.

Hayley Cran and Naomi Parker played well, while Danielle Caton was among the best for North Footscray.

It was a four-quarter performance from the ladder-leaders, increasing their lead after every change. Tiffany Riordan and Jane Goodier were among the best players in the 37-25 victory.

The win was set-up in the first half, with Kelly Prentice shooting 12 goals. Georgia Brown was also excellent in the defensive circle.

Albion won it’s first game of the season in Division 3.

The Cats were down at three quarter-time, but shot 10 goals in the final quarter to score their first win.

It was an impressive victory, with centre player Rachael Neville providing plenty of run and opportunities for her side in the mid-court throughout the game.

Sunshine fought back gallantly in the final quarter, but couldn’t bridge the gap, losing 32-26.

Keely Goggin and Tamika Taylor played well for the Cobras.

Braybrook John came out firing from the first whistle, shooting eight goals to one. The defensive pressure and ability to cause turnovers was key for Braybrook.

In Division 4, Sunshine Heights and Laverton Magpies White couldn’t be split. The two fought-out a 33-all draw – the first draw of the 2021 season.

After not scoring in the first quarter, Laverton fought-back to level the game in the final term.