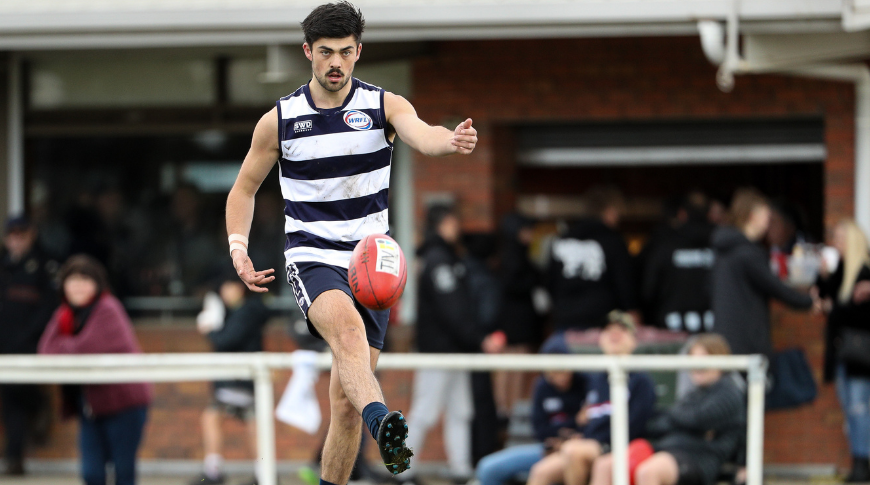 CATS CLAW THEIR WAY BACK

Albion produced a monster fourth quarter turnaround against Point Cook Centrals, coming from behind after trailing at the last break by 15-points to run out 9.10. (64) to 8.15. (63) winners in Prestige Group Real Estate Division 2.

The Cats got off to the perfect start with a strong opening term, but were limited by the Sharks in the second term as the home side kicked four goals to zero and had double the scoring shots (10 to 5).

Point Cook Centrals extended its two-goal half-time lead to 15 at the final change, but wayward kicking kept Albion in with a sniff.

That was all the Cats needed, blitzing the Sharks in the fourth as they now sit just one win from fourth spot.

Albion will host bottom side West Footscray and will be aiming for a big win to reduce the percentage margin that Newport and Glen Orden have on the Cats.

The Sharks will head to Newport in what will be a tough matchup for both sides.

Parkside had eight individual goal kickers in its comfortable 30-point win against Newport, maintaining a slight hold on top spot.

The Magpies led at each break, extending the lead from one point after the first, eight at the main break, 21-points following three terms and finishing 9.14. (68) to 5.8. (38) victors.

The premiership favourites can damage Glen Orden’s finals hopes when they battle in Round 14.

The Falcons attacked from all angles with 11 individual goalkickers, with five players kicking at least two in the 65-point win.

North Footscray won the battle of the ‘Scray, downing West Footscray by 69-points in a game that saw two players boot seven goals.

Brandon Walsh slotted seven for the Devils while Jordan Jobling kicked seven in a losing effort.