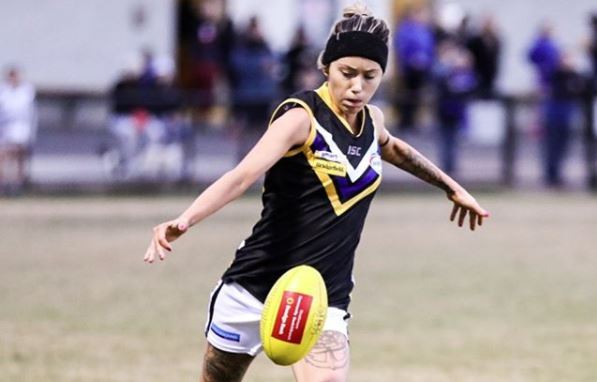 The club has been involved with female football for several seasons and in the space of three years can proudly state they field Under 12, 15, 18 and Senior Women’s teams.

Azzopardi believes the Lakers have played a part in the huge growth of female football in the west, saying the amount of juniors and seniors wanting to play footy has been incredible.

“We’re proud to say that we believe we’ve played our part in promoting the growth of Women’s/Girls AFL and the introduction of AFLW in 2017 ensured that this growth was sustained and it’s now flourishing,” he said.

“There is no doubt that our club now feels complete with the influx of female teams.”

Caroline Springs’ first senior women’s season in the combined WRFL/EDFL competition was a positive one.

The Lakers played in finals, ending the season in fourth position on the ladder.

Next season the club will play in the WRFL’s standalone competition, which is expected to field up to 12 teams.

Azzopardi said the new competition will give clubs the chance to build rivalries, similar to what’s been created in the men’s competition.

“It’s a great opportunity to showcase the growth of Women’s AFL week-in week-out in the local and surrounding areas of the western suburbs,” he said.

Azzopardi coached the inaugural Caroline Springs side, however has stepped down. The club has since appointed Anthea Stathakis as senior coach.

Stathakis played for the Lakers this year. She has been around the club in a supporting role since her son began playing Under 9’s a couple of years ago.

“Anthea has a background in elite sport having reached the pinnacle playing basketball for Australia so she knows what is required to reach your potential,” Azzopardi said.

“After deciding to retire from playing last season, she immediately put her hand up for the role having a burning desire to lead the group on their amazing journey.”

Training kicked off for the Lakers on November 14, with in excess of 30 people at training two nights a week.

Azzopardi said most of the senior women’s squad has stayed on for another season, saying more women in our community are continuing to put their hand up to play.

He said the goal for 2018 was to continue to introduce AFL to juniors and seniors.

“We want to ensure we have a welcoming, learning and embracing culture where all can feel comfortable in a club environment,” Azzopardi said.

“We want to continue the improvement individually and collectively as a group and you just never know where that takes you.”