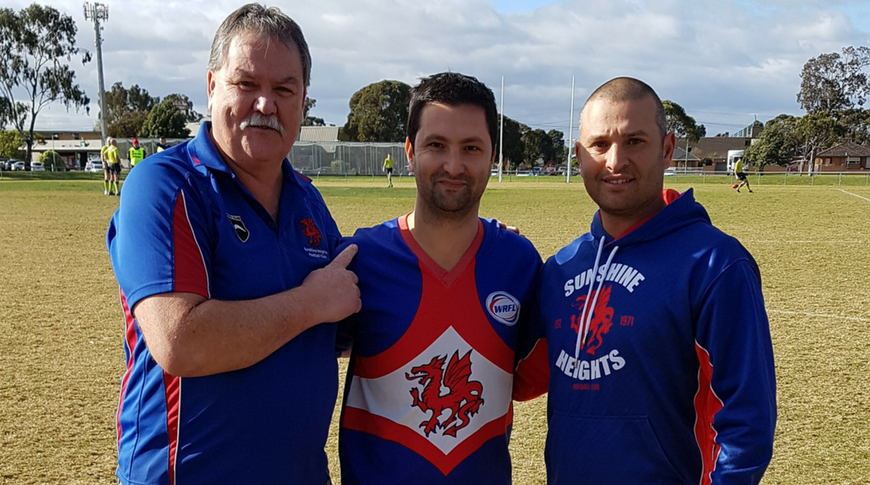 Sunshine Heights player Matt Camilleri celebrated his 400th game in the best possible way on the weekend, with his Reserves team defeating Braybrook by 70-points.

Matt began his footy career at the Dragons as a junior and has come up through to Seniors and Reserves.

He now joins Alan Parker and Robbie Greto as players who have played 400 games at the same club.