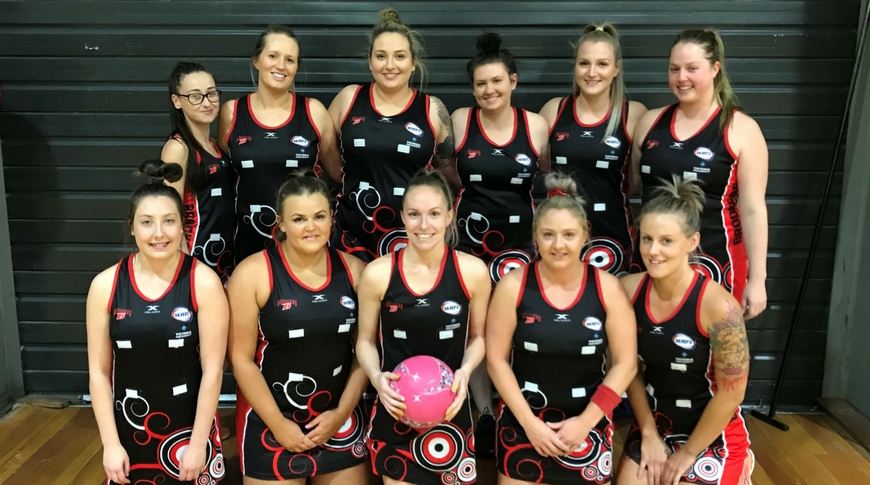 BUSINESS AS USUAL FOR BRAYBROOK

The road to Friday’s inaugural Victoria University WRFL Netball Grand hasn’t been an easy one for Braybrook, but they wouldn’t have had it any other way.

The Brookers came from five goals down in the Semi Final to defeat Spotswood and then defeated North Footscray by two goals in the Preliminary Final, with the match winner coming in the final 30 seconds.

Playing coach Mal Allison said the pressure and the high intensity of the first two finals will give her team a great confidence boost heading into the decider.

“Tough finals are good because they give you a preview to the type of pressure you will experience in the Grand Final,” she said.

“These games have set us in good stead. We are resilient and ready for the challenge.”

Allison described their season as strong, saying the group was looking forward to Friday night’s match and was focused on finishing the year positively.

“We have a great group of ladies who are very supportive of each other,” she said.

“It’s been a strong and solid season, the girls have got here on the back of hard work and determination.

“We are high in spirits. Everyone is definitely up and about, but very much focused on the goal ahead.”

It won’t be an easy task, Braybrook will take on Point Cook, who have had a near perfect season.

Allison said the Bulldogs have great defensive pressure and have been in great form, but says her team has what it takes to go toe-to-toe with them.

“We believe deep down we have the ability and depth in our side to match them strength for strength,” she said.

“It’s an achievement in itself to make a Grand Final, win or lose, we are very proud of the ladies.”

It’ll be business as usual for Braybrook in the lead-up to the Grand Final. The group will have a light training session and a team dinner for the final.

Allison said being involved with the Victoria University WRFL Netball Competition this season has been a rewarding experience and to cap off the year with a premiership would be a great achievement, considering how competitive the competition has been.

“For me and the ladies it would mean the world to win the first Victoria University WRFL Netball competition,” she said.

“We would like to thank our committee and supporters from Braybrook Sporting Club, the WRFL and partnering sponsors for creating a great league.

“On behalf of myself and the committee we would like to also thank the girls that are injured/unavailable this Friday night for all their hard work throughout the season.”