Home › Senior › BULLDOGS UP FOR THE FIGHT 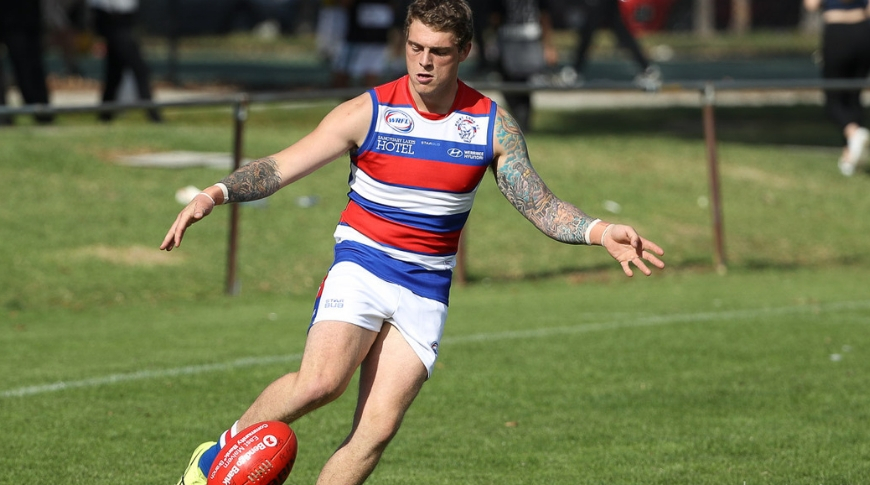 BULLDOGS UP FOR THE FIGHT

POINT Cook is through to the Division 2 Senior Grand Final after defeating Parkside in emphatic fashion at VU Whitten Oval on Saturday.

The Bulldogs made the perfect start in their Preliminary Final clash with the Magpies, keeping their opponents goalless in the first quarter.

At half time the game was put beyond doubt with Point Cook holding onto a 37-point lead.

Ian Denny’s team continued to fire in the second half as they booted nine goals to two.

It was a disappointing result for the Magpies, who had previously beaten the Bulldogs in the regular season.

Kirk Heberle was the main target up forward for Point Cook, he kicked six goals in the victory. Matthew Poland and Alex Grigg also played well.

Point Cook have now set up a showdown with the Yarraville Seddon Eagles in Sunday’s Division 2 Grand Final.

The teams met two weeks ago, with the Eagles edging out the Bulldogs in a tough encounter at Burbank Oval.

The 28-point margin in that Semi Final was the closest the Bulldogs got to the Eagles all season.

The decider is shaping up to be a great game with both teams eyeing Premiership glory in the final game in September.

The Grand Final will be played at Avalon Airport Oval in Werribee at 2.15pm on Sunday.