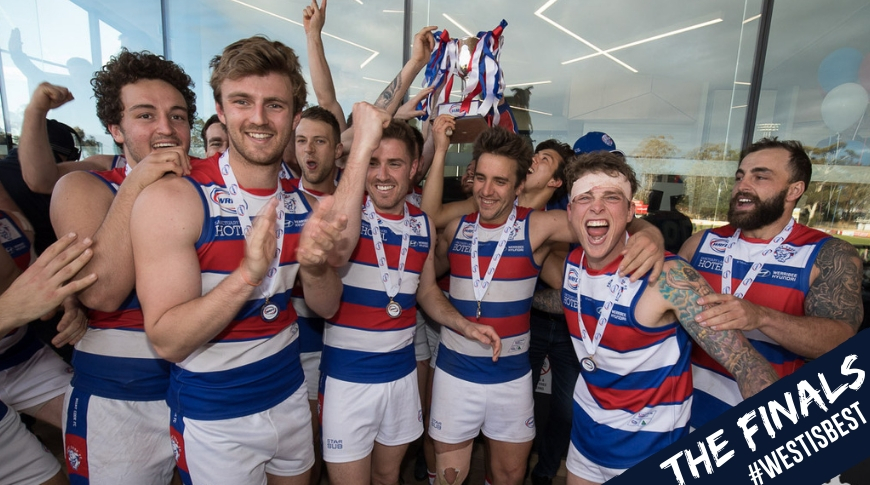 It was a fairytale finish for Point Cook in Sunday WRFL Division 2 Grand Final, after the Bulldogs upset the previously unbeaten Yarraville Seddon Eagles.

In Point Cook’s inaugural WRFL season after moving across from the VAFA, they achieved what they set out to do at the beginning of the season and that was win the premiership.

The Eagles were the hot favourites to win the decider. It was their third Grand Final appearance in as many years and were tipped by many to claim the title, however it wasn’t to be.

The Bulldogs came out firing in the opening quarter, forcing the Eagles to play catch-up for the rest of the game.

They kicked three goals to one in the opening term.

The Eagles worked hard to swing the momentum their way in the second term and for parts of the quarter they controlled the tempo of the match.

At half-time it was just 10-points.

Both teams traded blows in the third term and at the final change the game margin was again just 10-points.

We were set for a thrilling final quarter to the Division 2 Senior Competition and it didn’t disappoint.

The Eagles got within four points of Point Cook, but that was as close as they got.

Point Cook’s Kirk Heberle’s final goal of the game was his best, his snap from the pocket after selling some candy was one of the highlights of the game.

The goal sealed victory for the Bulldogs.

Jessi Lampi was named as the Best on Ground, he was presented with the Rex Swann Medal for his efforts.

For the Eagles, it was a bitter pill to swallow, losing their third straight Grand Final.