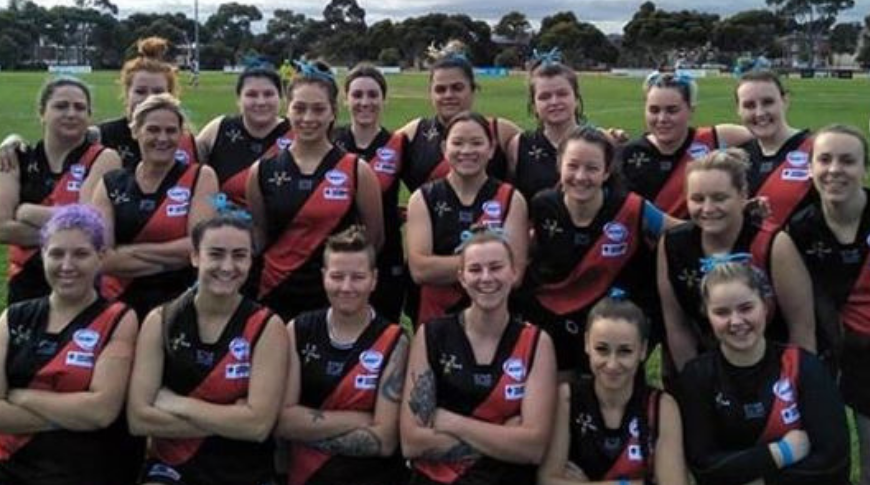 West Footscray have travelled to Saltwater Reserve and taken home the four points against Point Cook, in what was a thrilling contest.

Despite Point Cook finishing the game off strongly, kicking two goals to zero in the final quarter, they still couldn’t bridge the gap, with the Roosters winning by one-point.

The Brookers looked strong from the first bounce, and their confidence in their ability to win the footy was evident. Four goals in the first half gave them a good lead, and they never looked like giving it away, despite a goalless second half.

Caitlyn Crameri kicked two goals for Braybrook, with Shelby Crameri and Iesha Lauaki kicking one each.

Inaccuracy really hurt North Sunshine, with seven scoring opportunities and just one conversion, from Paulina Makowska in the second quarter.

Spotswood have continued their positive start to 2019, this week winning against Laverton by 82 points.

Spotswood had five individual goal-kickers against the Magpies. They were led again by Caitlin Brennan and Lauren Dundon who each kicked four goals.

Spotswood remain undefeated, and have held strong defensively all season – conceding just nine points for the year so far. Their impressive percentage sees them sitting pretty comfortably on top of the ladder.

Yarraville Seddon have scored their second straight win, defeating Wyndhamvale on their home turf on Sunday.

The Eagles had 41 scoring opportunities to none, winning by 191-points.

Jessica Martin kicked nine goals in the win, she was one of 14 individual goal scorers for Yarraville Seddon.

A stalemate first quarter was followed up in remarkable fashion, as the Sharks kicked two goals from 12 scoring opportunities in the second quarter and carried a 21-point lead into the second half.

Tarneit were able to keep the Sharks scoreless and kicking two goals themselves in the third quarter. However, the home side kicked three goals in the final term to record a 28-point victory.