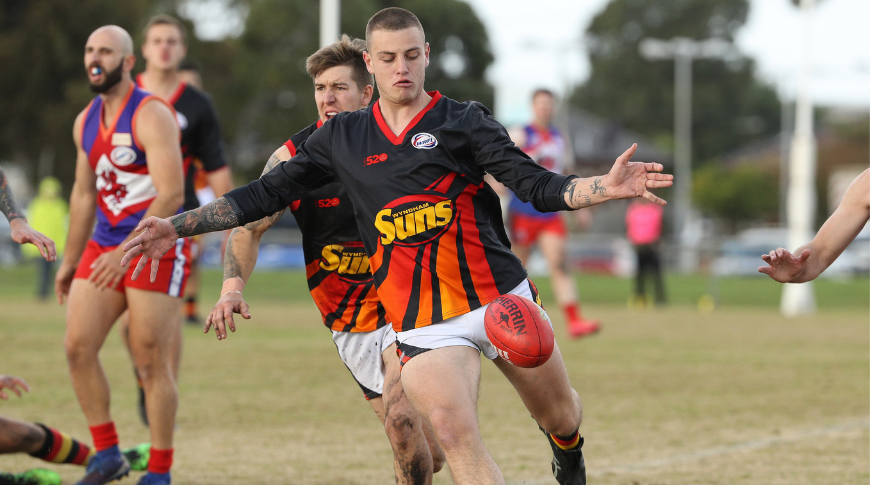 Sunshine Heights, Braybrook and the Wyndham Suns all showed their dominance in the resumption of the Alan Mance Motors Division 3 Senior competition on Saturday.

All three teams scored big victories in Round 16 of the competition.

The Dragons managed to keep Laverton goalless for three quarters, while adding 12 goals of their own to hold an 86-point lead at three-quarter time.

On a positive note, the Magpies were able to win the final quarter, outscoring the Dragons three goals to one.

It was a complete performance by the Brookers, who dismantled the Roadrunners at Pennell Reserve.

Coach Vinnie Turcinovich would be happy with the performance, despite the inaccuracy in-front of goal (25 behinds).

The Brookers will be hoping their winning ways continue on Saturday when they go head-to-head with one of the premiership favourites, Albanvale, who are coming off the bye.

In the final game of the round, the Suns defeated the Titans by 94-points at Wootten Road Reserve.

Wyndham Suns had 36 scoring shots compared to Tarneit’s 12 shots on goal. The Suns’ best quarter was the last when they piled on 10 majors.