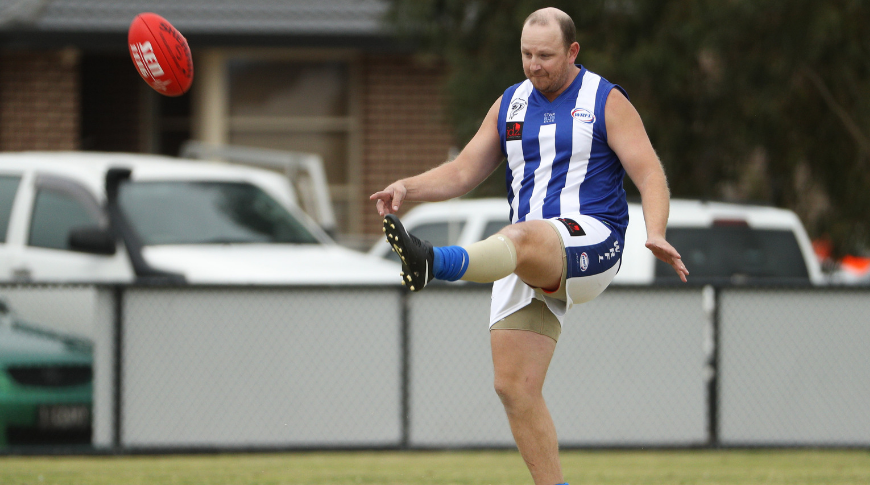 The Brookers were 10-points ahead into the final quarter and were determined to take another scalp as the race to the finals heats up, but it wasn’t to be.

The Cobras scored three goals to one in the last term and by the time the final siren sounded scores were tied.

Kym Taylor was Albanvale’s best, while Nicholas Gregson played well for the Brookers.

Sunshine Heights scored another important victory, this week knocking off ladder-leaders Glen Orden by a solitary point at Ainsworth Reserve.

Amazingly, no goals were kicked in the final quarter, just points, but that was all the Dragons needed to inflict the Hawks with their second-straight loss.

At Goddard Street reserve, the Wyndham Suns claimed a 7-point win against Laverton.

Star performances from Joshua Leckey and Jordan Liam-Rundle of Laverton had the team leading by 9-points in the first half.

However, determined to redeem themselves after a devastating Round 9 loss, the Suns fought to the finish with the help of star performances from John Tomelty and Michael Jubb.

Last but certainly not least, Tarneit delivered another outstanding victory against North Sunshine, with the Titans running out 18. 18 (126). To 4. 2 (26) winners.

John Zangari starred for the Titans, kicking seven of their 21 goals. Todd Lawrie was also among the best on ground.