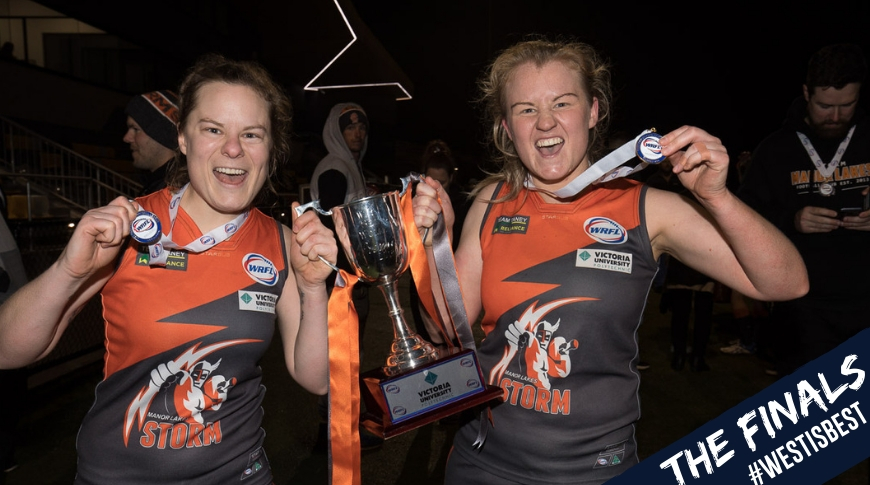 A strong start from Manor Lakes set the tone for the rest of the match, as they managed to score three goals to just two behinds from the Lakers.

Yana Frontzcak opened the game up, kicking the first goal and getting the jump on the opposition, before Gemma Anderson kicked two more giving the Storm an early lead.

It was a goalless third quarter from both sides, as the Caroline Springs girls started to apply some better pressure, but still couldn’t hit the scoreboard. Manor Lakes still held possession for most of the quarter, despite struggling to find the goals themselves.

The Storm managed kept their opponents scoreless for the entire second half, while still continuing to pile on the goals as Yana Frontzcak kicked two more and Jodie Robinson got her first.

Thanks to some impressive goals from the Storm, they were able to extend their lead in the final quarter to take the win by an impressive margin.

Following a stellar two goal performance in the first quarter, Gemma Anderson continued to impress all over the ground for the whole match and was awarded with the Best on Ground medal.

With three goals for the match, Frontzcak was the leading goal scorer on the day, followed closely by best on ground Anderson who kicked two.