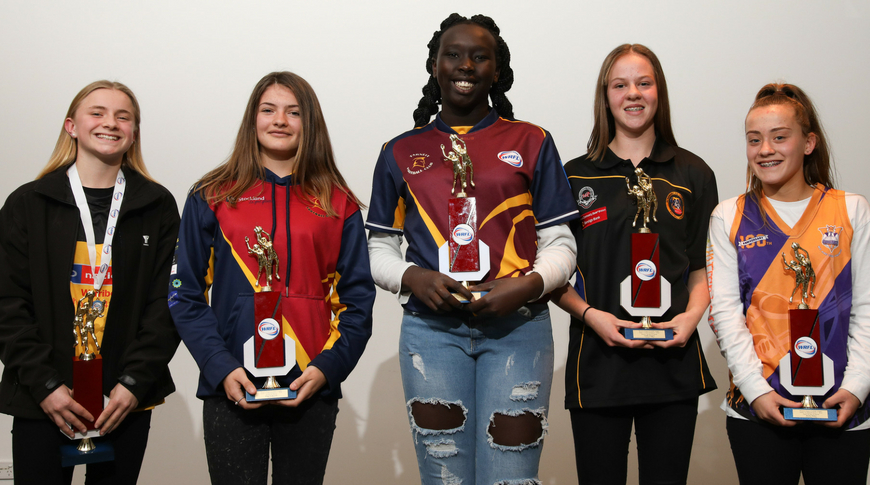 More than 550 people came together last night as the WRFL celebrated its juniors stars at its annual Best and Fairest night.

Held at the Encore Events Centre in Hoppers Crossing, the event was a chance for administrators, coaches, players and family members to reflect on the 2018 season as well as recognise the best of the west.

The first award of the night was the North Melbourne Belonging Award. This was presented to the Flemington Juniors Football Club.

The Junior Club Official of the Year was given to Altona Juniors president Vito Rubino.

Vito has been involved with the Vikings for the past 10 years. He is described as a mentor, leader, friend and the epitome of the word ‘volunteer’.

This year the WRFL also re-introduced the Junior Club of the Year Award. This was presented to the Werribee Districts Football Club.

The Western Bulldogs Under 11 Division 3 Best and Fairest winner was Darcy Cummins from Newport Power. Cummins was also part of the Power’s premiership team on Sunday.

Khaled El Souki from Spotswood was the Western Bulldogs Under 11 Division 2 Best and Fairest winner with 24 votes.

Issah Kailie, who won the Under 11 Division 3 Best and Fairest last season, had another standout year. This season he won the Western Bulldogs Under 12 Division 2 award with Deer Park.

Williamstown Juniors young gun Edan Ibbetson won the Western Bulldogs Under 12 Division 1 medal on 23 votes. He was 12 votes clear of the runner-up.

Williamstown Juniors premiership player Ellie McMahon was rewarded for her impressive season, having won the Under 12 Girls Best and Fairest.

Max Logan from Werribee Centrals and Matthew Stephenson from St Bernards won the Under 14 Division 1 and Division 2 awards respectively.

With 31 votes, Noah Seiderman claimed the Under 15 Division 2 Best and Fairest.

Point Cook star Massimo D’Ambrosio won his fourth WRFL Best and Fairest, winning the Under 15 Division 1 award. He finished with 31 votes, that is 17 votes ahead of joint runners-up Navdeep Singh and Lachlan Smith.

Camryn Tyrrell created some history for Werribee Districts. It was the first season the club had junior girls teams.