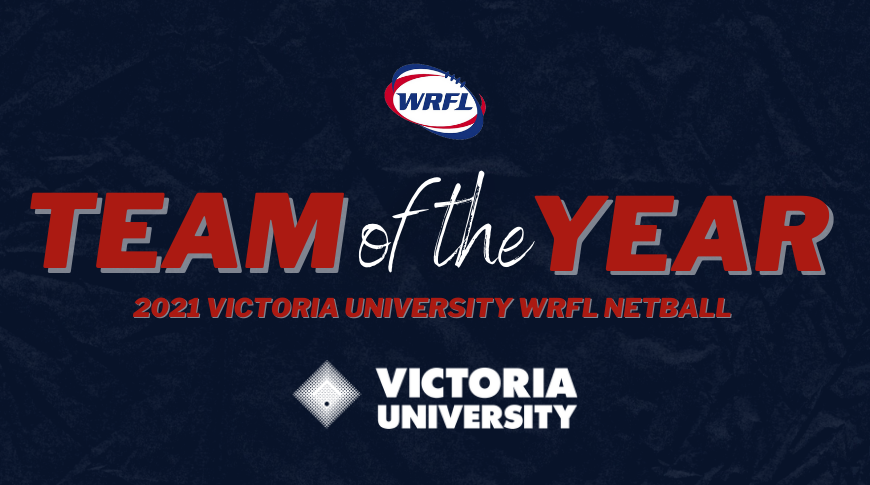 As we celebrate the end of the 2021 season, the WRFL has today announced the Division 1 Victoria University WRFL Netball Team of the Year.

Players from across the competition have selected in the prestigious team, following a season which featured high quality and competitive netball.

See below the starting positions for the Division 1 Team of the Year, as well as the players who were selected on the bench.

Congratulations to Joshua Burns from Point Cook Centrals for being named the Coach of the Year as well as Hayley Cran from Spotswood, who was selected as the captain of this talented team. 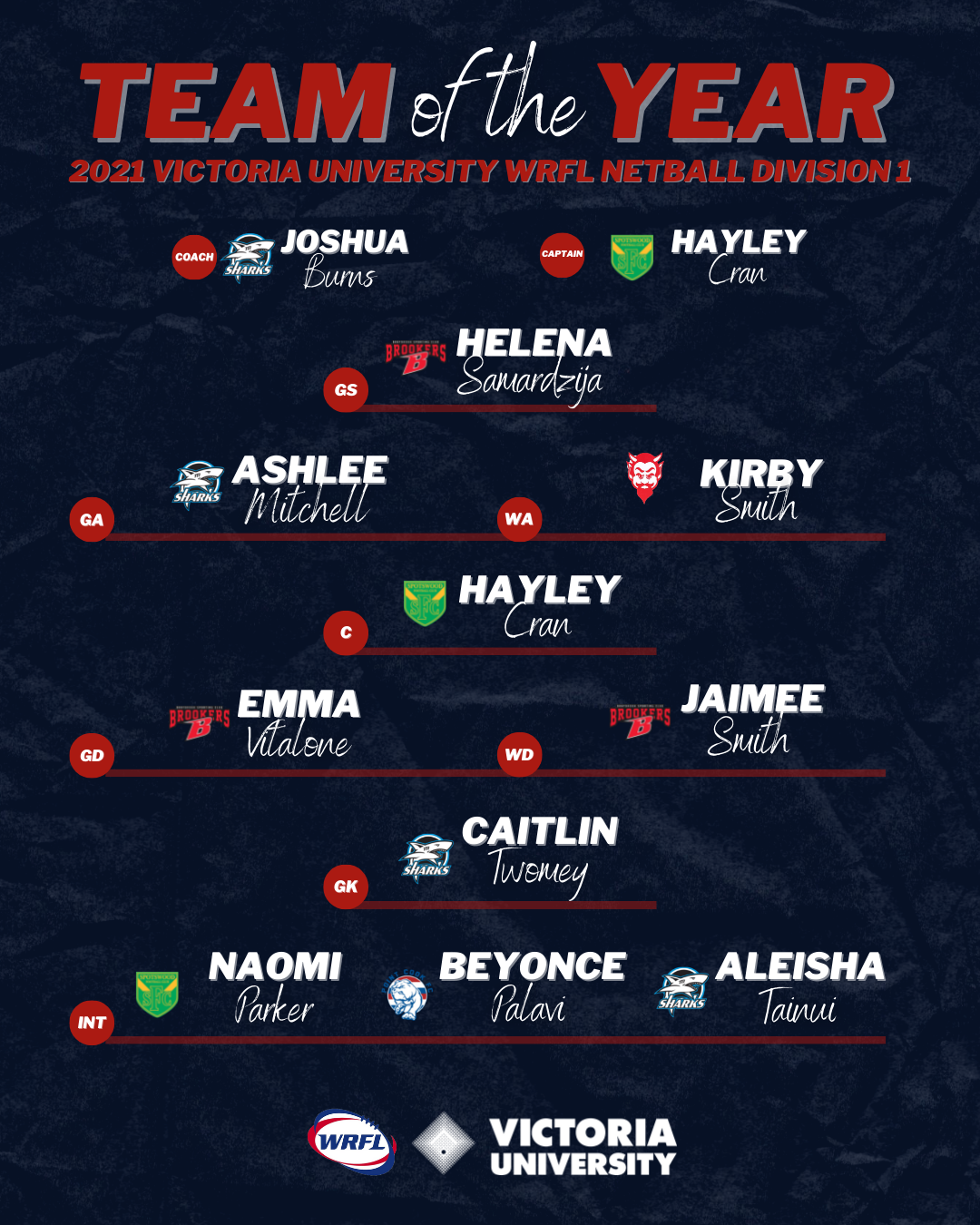