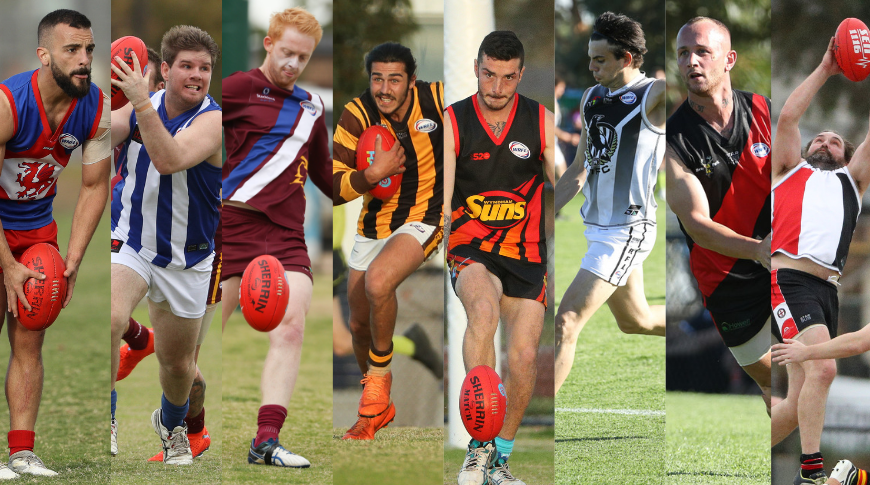 At the halfway point of the 2019 season, WRFL Media Manager Kristen Alebakis speaks with all the Division 3 coaches about how their club is tracking after nine games, what their goals are for the remainder of the year, plus all coaches grade their teams.

“(Our season has been) great, we couldn’t expect them to be doing any better, anything we do from here is a bonus. We are a happy team at the moment,” coach Phil Crea said.

“We want to make finals and whatever happens after that will be a bonus for our club.”

“I think it has been a competitive season. Where we are sitting at 6-3, that’s what I would take at the half-way point of the season,” coach Mark Elso said.

“In the second half of the year, we want to get a top two spot.”

“At the end of last year we mapped out a plan wanting to make our footy club strong on and off the field,” coach Andrew Bryson said.

“Adam Borg (President) and myself invited the players to share their aspirations and identify what we needed to do to get the best out of them as players, but more importantly, what they needed to do for our club to be successful over the coming years. Reflecting on this and as we approach the half-way of the season, we believe we are heading in the right direction.

“We have been strong in our view that for us to be successful as a club, this requires the collective effort and commitment from all players and coaches. The effort from all our players and the buy-in has been fantastic and I couldn’t be prouder of where they are at. We still have areas we wish to improve and will continue to work hard over the coming months.”

“Sunshine Heights are tracking as expected half way through the season,” coach Damien Farnfield said.

“We have managed to beat the sides around us in Braybrook and Tarneit which we are extremely happy about, yet we have had some big losses to the top two teams which is disappointing.

“The competition is very tight this year, as a club we have shown an improvement. However, we still have a very long way to go and a lot of hard work on the track if we want to achieve the goals that we want to.

“It is good to lead a group of young men who all have the same ambition and want to achieve the same goals and I am looking forward for the rest of season.”

“We are probably below what we first hoped for, but the last four weeks we have had some momentum going. We need to take that into the remaining eight games,” coach Jason Hamilton said.

“We want to focus on winning, our destiny is in our own hands, we have a tough draw but if we win we will play finals and we are quietly confident we can do that. It is a big challenge.”

“I think we are seeing the development in our young players, but we aren’t where we want to be at two wins and seven losses,” coach Dean Cachia said.

“The second half of the year is about opportunity for our younger players and getting some experienced players back to the club next season.”

“‘You don’t rise to your expectations; you fall to your standards,’ this was the quote we at the Magpies began the season with and collectively fell in love with,” coach Hayden Duczek said.

“After 10 games, it is safe to say we began the season running before we could walk. We have now, in the last 2 rounds of the season steadied the ship and are poised for a positive second half of the season.

“After coming off with a big win against North Sunshine in Round 1, we were full of confidence heading in to the 2019 season. There were a few hiccups along the way, which brought about a change in leadership resulting in myself taking up the reigns as coach in the lead up to our Round 7 game.

Since overtaking the role as Senior Men’s Coach, it is safe to say that I have never seen a group of more resilient footballers than the team we put on the track every week.”

“Our season has been a bit up and down with 90% of the list new to the club,” coach Jeremy Hibbert said.

“A lot of the boys are young 18 to 23 year-old’s and in patches we are showing that there is talent out there, but our lapses during games are too big and it’s costing us on the scoreboard, but there is a future at Dempster Park and it will take time.

“When the boys all mature and play together for a few seasons, it will be quite exciting.”