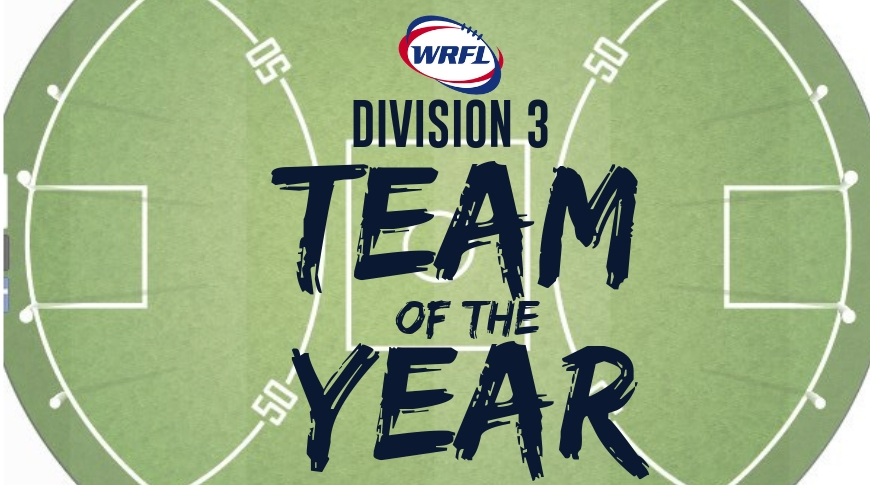 The Western Region Football League is happy to announce the 2018 Division 3 Team of the Year.

Players from seven of the WRFL Division 3 Teams have been picked in the team, Tarneit have the most representatives with six players selected.

Point Cook Centrals coach Darren Findlay has been named as the Coach of the Team. He is preparing to lead the Sharks in the Division 3 Grand Final on Saturday.