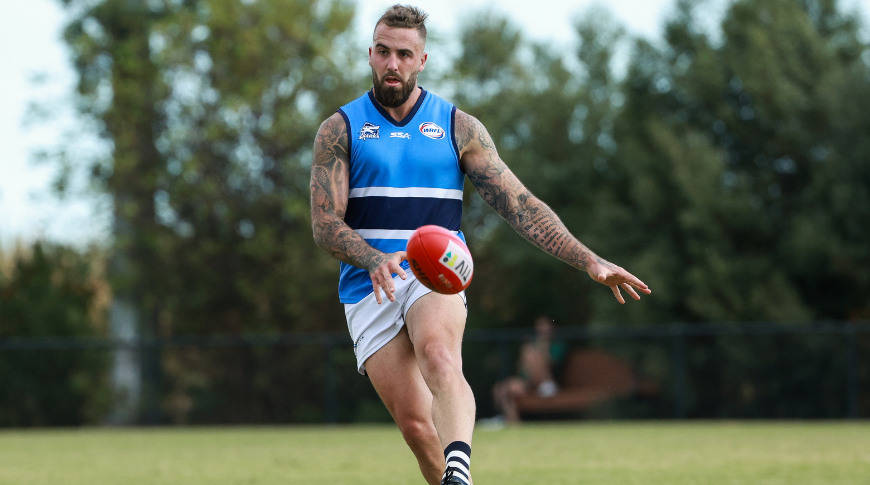 A blistering nine-goal second quarter has seen Point Cook Centrals romp to an even 100-point victory over Wyndhamvale in Division 2.

Last year’s ladder-leaders were blown out of the water at home by the Sharks, with Jordan Bennett (five goals) and Aaron Williams (four) running riot while Mitchell Palma continued his bright start to 2022 with another solid performance.

The Eagles managed just two goals, and after trailing by four points at quarter time were no match for the Sharks who now hold top spot in the competition.

Jackson Barrett was once again outstanding for the Magpies who had nine individual goalkickers at JR Parsons Reserve.

The Cats’ Ben Doll, the league goalkicking leader, added three goals to his season tally after punting eight last week, but Albion will rue a poor start and inaccurate kicking which saw Parkside carry a 29-point lead into the final term.

Glen Orden kick-started their season at home with an entertaining, high-scoring 25-point win after hauling in North Footscray.

The Devils motored to a five-goal advantage at quarter time, before being chased down by a determined Hawks outfit.

Glen Orden raged home after leading by a kick at the three-quarter time break, outscoring the Devils healthily on their way to victory.

Finally, Newport used a hot start to their leverage at Langshaw Reserve, kicking seven goals to West Footscray’s one in the opening half and eventually running out seven goal winners.

Abdul Jawad was once again outstanding, best afield with four goals as he was last week against the Devils. Munir El-Hawli added three goals of his own, while Jordan Jobling was manful on his season debut with a five-goal effort. James Spencer was solid for the Roosters.

After the Easter break, the ladder-leading Centrals will host Albion, while Wydnhamvale will look to rebound at home against Glen Orden. West Footscray will hope to jag their first victory in the Footscray derby at Shorten Reserve, while Parkside will look to continue their perfect start against Newport.